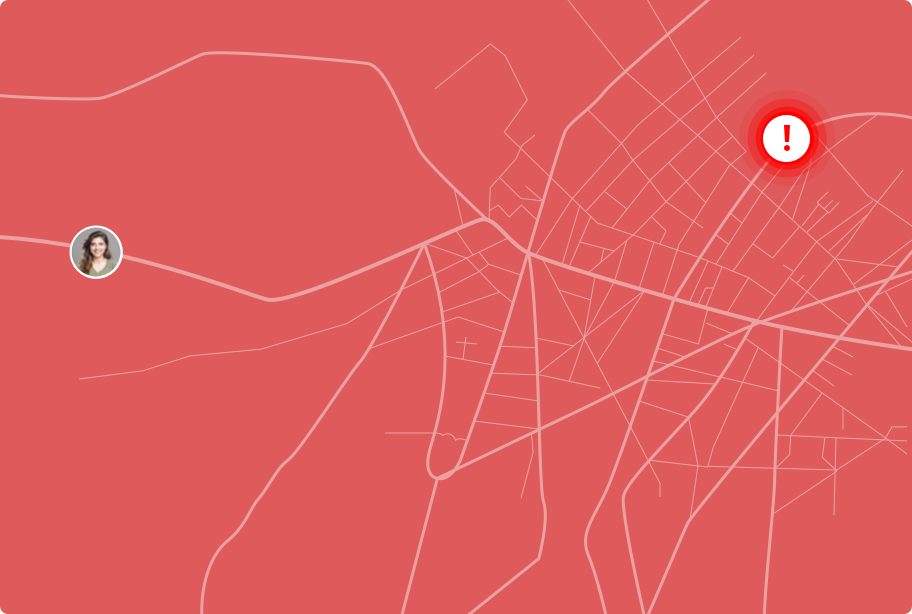 Trygg’s incident reporting is both top-down and bottom-up, allowing both the oversight dashboard and app users to report incidents as they happen in real time. 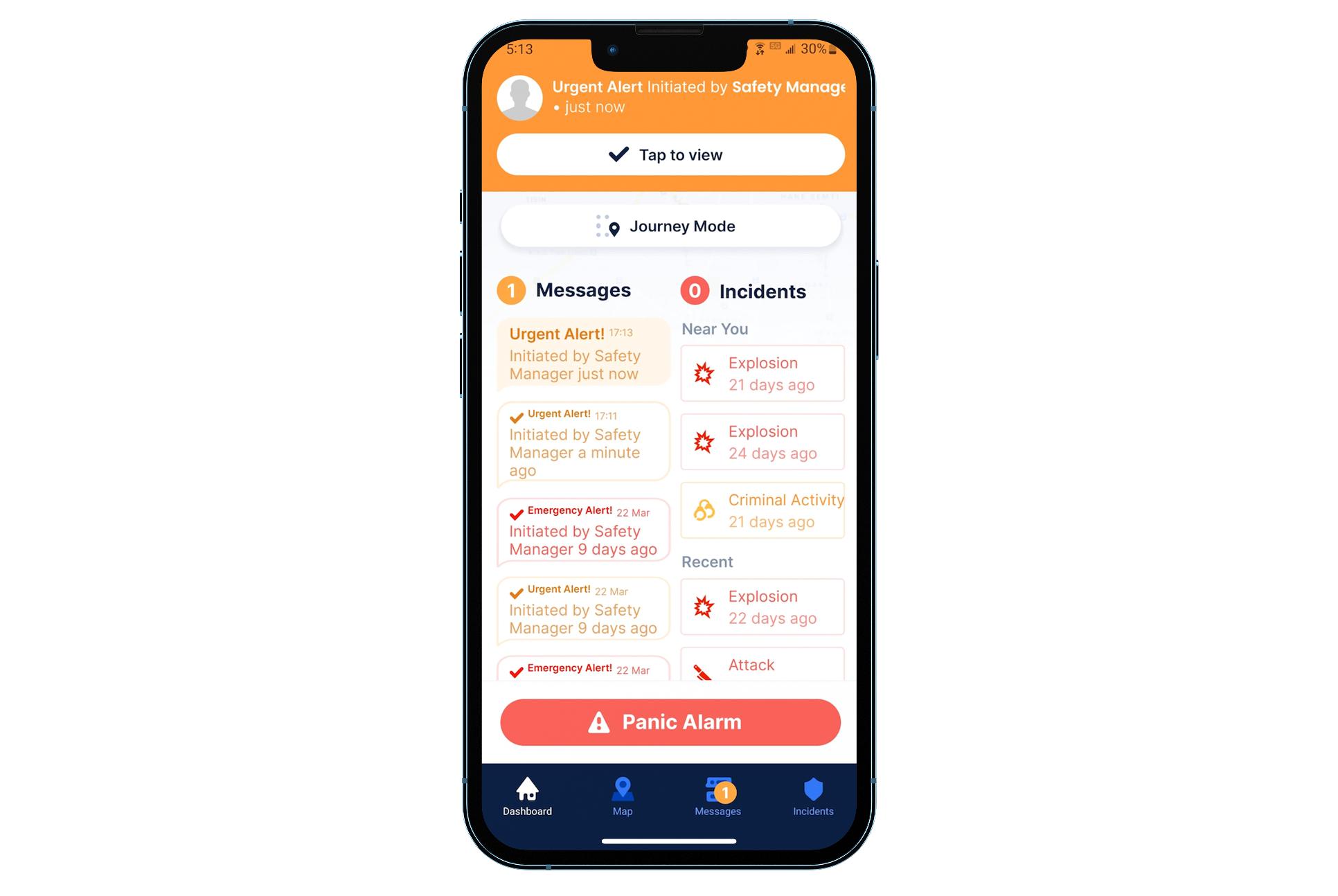 Information sharing and communication are vital to any organisation’s risk management mechanisms and, ultimately, the safety of their staff. Today’s world can be uncertain, and staff can face a range of challenges while at work, both internal and external. Managing, responding to, and understanding these risks is crucial. Workers may face verbal abuse, physical assault, or workplace accidents, but with Trygg any organisation and its staff can quickly log incidents as they occur, and help proactively improve their understanding of and response to on-the-job hazards. Trygg helps establish the location and assess the risk status of staff in real-time, manage incidents as they occur, and seamlessly communicate to multiple staff members in seconds.

In addition, recent and historical incidents can be accessed by users when on- and offline to inform their decision-making process even when out of data coverage. Incident data sets can also be downloaded and uploaded, ensuring that organisations can make use of their existing incident data and keep comprehensive logs of any internal and external incidents affecting their staff.

An essential tool for reaching, informing and locating your staff faster should a critical event occur
Testimonials

"Ease of deployment, user-friendly interface and custom-mapping made Trygg an obvious choice; satisfying capability requirements across security and logistics disciplines. Furthermore, the option to field Trygg with an affordable satellite device to cover areas of sub-optimal GSM coverage was a significant selling point." - Security Lead, Oil and Gas, Niger Delta

"Very glad we switched providers! Trygg offers Excellent service, their Ops and PM are always on hand to give, expert advice and training. The dashboard and App are Easy to understand. Easy to use. Easy to make to most of the features. The team also listen to feedback and have adapted the App to better suit end user needs." - Security Director, International Development, Iraq

"We have been using Trygg since January 2019 and it has come to be an essential security management tool. We operate in some of the least stable areas of Iraq and Trygg’s tracking and journey log features have been particularly helpful in ensuring oversight of our staff." - NGO Head of Mission, Iraq

"We are really happy with Trygg, especially the journey mode, which allows us to track our trips in Mali and Senegal and demonstrate how hard we are working to our donors." - Ops Manager, West Africa,

"Before Trygg, we only had a WhatsApp group to keep track of incidents, this is a fantastic platform." - Country Manager, Iraq

"I wish we had access to this during the Mosul relief operations, I dropped hundreds of pins on my mapping platform to show risk areas and distribution points but it meant nothing to anyone but me." - Security Co-ordinator, Iraq

A multinational mining company deploys the Trygg App on smartphone devices to monitor and protect their staff around the world, particularly when travelling for work.

A major explosion occurs in the capital of a country where a Trygg client has both a local office and visiting international staff, causing casualties and widespread damage to properties in the blast radius. The disaster was hard to predict, being caused by a fire spreading to the roof of a warehouse where ammonium nitrate was stored.

It was critical for the client to locate and ensure the safety of their travelling and local employees within the area as soon as possible.

When initial reports of the fire were only starting to circulate in the news and on social media, one of the client’s employees reported this event as an incident on the Trygg App via their smartphone. Upon notification of this incident, the client used the Mass Alert System to inform all the staff members in the country to avoid the area and establish which staff may be at risk based on their last reported location.

All employees within the affected area were immediately able to confirm their current status using the Trygg Mobile App and, based on the advice of their colleagues managing the oversight dashboard, they moved away from the fire, avoiding the blast radius of the subsequent explosion.

Trygg’s location sharing technology helped track the location of staff in real-time, and the client was able to establish which employees were not in the area and which might need support based on their location.

Not only did Trygg enable the client to locate their staff members, but also ensured they could inform staff about the fire (and the explosion) using Trygg’s Mass Alert System, sharing crucial, relevant details like the exact location of the fire and of suggested safe areas.

By embedding the Trygg system into their staff safety and critical event management processes, the client was able to successfully locate, monitor and communicate with all staff in and around the affected area, allowing them to respond faster and make more informed decisions. 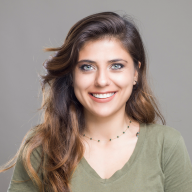 Ready to see how Trygg can benefit your team? Let’s Talk.

For organisations that prioritise their team’s safety,
Trygg is the trusted solution.

We use cookies on our website to give you the most relevant experience by remembering your preferences and repeat visits. By clicking “Accept All”, you consent to the use of ALL the cookies. However, you may visit "Cookie Settings" to provide a controlled consent.
Cookie SettingsAccept All
Manage consent

This website uses cookies to improve your experience while you navigate through the website. Out of these, the cookies that are categorized as necessary are stored on your browser as they are essential for the working of basic functionalities of the website. We also use third-party cookies that help us analyze and understand how you use this website. These cookies will be stored in your browser only with your consent. You also have the option to opt-out of these cookies. But opting out of some of these cookies may affect your browsing experience.
Necessary Always Enabled
Necessary cookies are absolutely essential for the website to function properly. These cookies ensure basic functionalities and security features of the website, anonymously.
Functional
Functional cookies help to perform certain functionalities like sharing the content of the website on social media platforms, collect feedbacks, and other third-party features.
Performance
Performance cookies are used to understand and analyze the key performance indexes of the website which helps in delivering a better user experience for the visitors.
Analytics
Analytical cookies are used to understand how visitors interact with the website. These cookies help provide information on metrics the number of visitors, bounce rate, traffic source, etc.
Advertisement
Advertisement cookies are used to provide visitors with relevant ads and marketing campaigns. These cookies track visitors across websites and collect information to provide customized ads.
Others
Other uncategorized cookies are those that are being analyzed and have not been classified into a category as yet.
SAVE & ACCEPT